More than 100 hundred leaders from academia, government, business, the diplomatic corps, development agencies and NGOs from across Africa and Australia met in Perth on September 2 to help shape the impact of the Australia Africa Universities Network (AAUN) and to build on its 53 seed-funded research programs established since its launch in Canberra in 2012.

Co-chair of AAUN, Professor John Hearn, said the daylong forum had achieved its objective of assessing the opportunities and obstacles to optimising success in Australia-Africa partnerships.

He said after six years establishing a platform with early results, AAUN was “building greater effectiveness and impact to attract sustainable resources from national and international agencies”.

Panellists and participants considered key issues arising from the forum theme, Strengthening Australia-Africa University Relationships. That included how to maximise opportunities for partnership, drive results and returns on investment, and build the next generation of leaders. 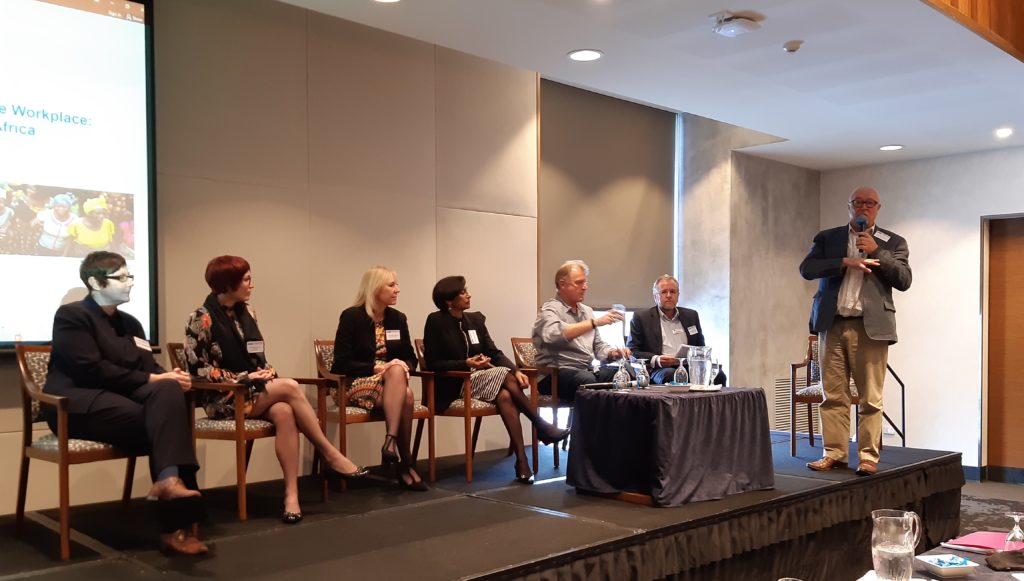 The forum also showcased several of AAUN’s most innovative programs with key researchers offering insights, including the effect of salt reduction regulations on hypertension and levels of non-communicable disease; bean breeding to reduce cooking time and solving food security issues; barriers to African women’s equitable participation in the workforce; and the development of a knowledge bank about legumes to help Africa and Australia build climate resilience.

A forum highlight was the filming of a TEDx (UWA Salon Session) – Water for Life: Australia Africa Approaches and Solutions, in which three leading academics emphasised the importance of collaboration in solving issues relating to water provision and wastage. 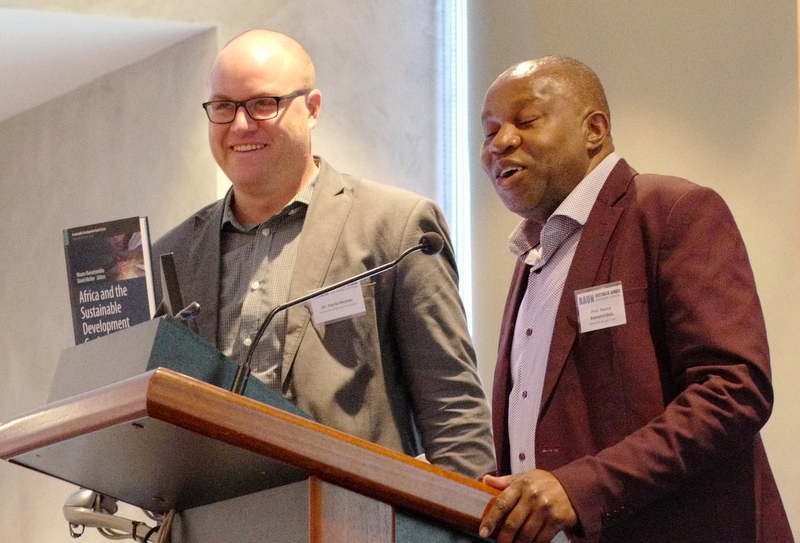 Two book launches reinforced the breadth and depth of scholarship affiliated with the network. AAUN researchers, at a writers’ workshop in 2017, helped shape chapters of Africa and the Sustainable Development Goals, edited by Professor Maano Ramutsindela (University of Cape Town) and Dr David Mickler (University of Western Australia) and published by Springer in 2019 in its Sustainable Development Goals Series.

Dr Nikola Pijović (AfREC – University of Western Australia) said his new book Australia and Africa: A New Friend from the South?, published by Palgrave Macmillan in 2019, showed that while immigration, globalization, trade, terrorism, and climate change continued to bring Africa and Australia closer together, Australia’s failure to understand its own interests continued to hamper its engagement with Africa. 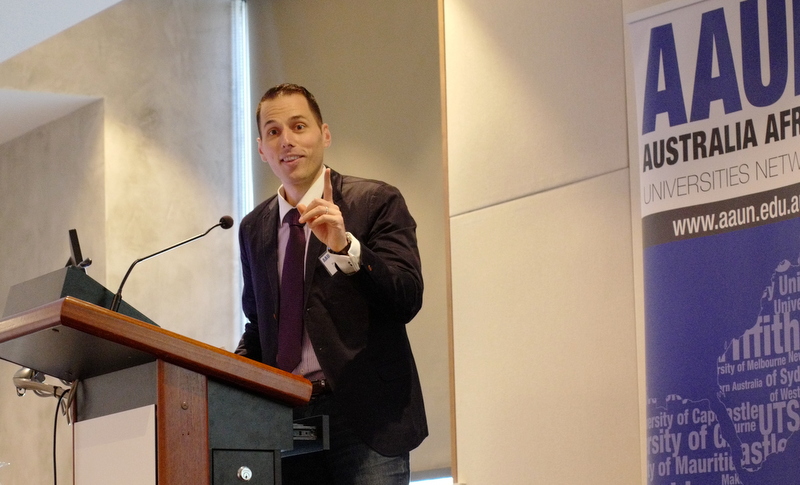 “Australia has been unable to assess its strategic and long-term interests on the continent, and put policies in place to pursue them. We’ve never really had that, in our entire history,” he said. “Hopefully, that is something the people in this room can work towards changing.” 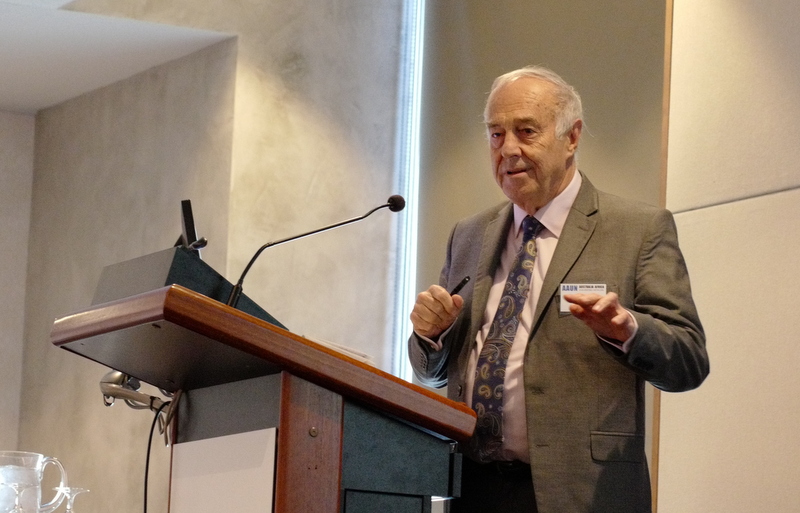 Professor Hearn said the forum had reinforced the need to find new ways in which the 12 universities in Africa and 10 in Australia could work as effective teams and collaborators to ensure AAUN’s 53 projects had impact.

With “post-harvest losses” in academia as high as 80 per cent, he said, joint Australian-African action to support early career researchers was necessary to stem the flow, which would also ensure AAUN projects continued to have the best and brightest researchers to deliver them.

A number of forum speakers had highlighted the advantages of a very young population in Africa but also stressed its challenges, he said.

“When you’ve got a very big and fast-growing population, you need to make sure that you’re there with the resources, the education, the health – to ensure that lives are profitable, and there is no ‘post-harvest loss’ of people.”

“We need to strengthen our partnerships more and also reach self-sufficiency and sustainability. I think we’ve committed to that in that we’re not waiting for others to give us funds or to come and support us. We’re going ahead as a team in the optimism that good ideas and good teams are going to operate well and attract the resources that are due to them.”

“We fly under the lowering clouds of geopolitics, which we need to be aware of as we try to influence policy, and above the rising tide of bureaucracy and obstruction,” he said. “In between, we run education diplomacy research programmes – growing the future.” 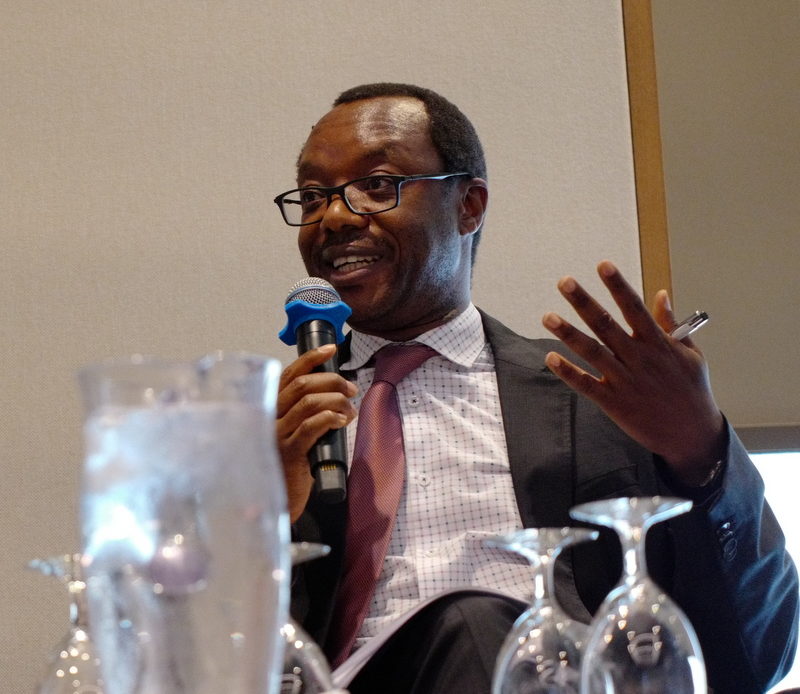 Professor Tawana Kupe President University of Pretoria and Co-Chair AAUN Africa said he hoped for “academic visas with no borders – knowledge with no borders” where collaborations between African and Australian universities could work unhindered to address the wicked problems of the planet as expressed in the Sustainable Development Goals (SDGs).

The aim of that freedom, he said, would be to secure better futures for the two regions and beyond – creating a 21st century world where all of humanity would be prosperous.