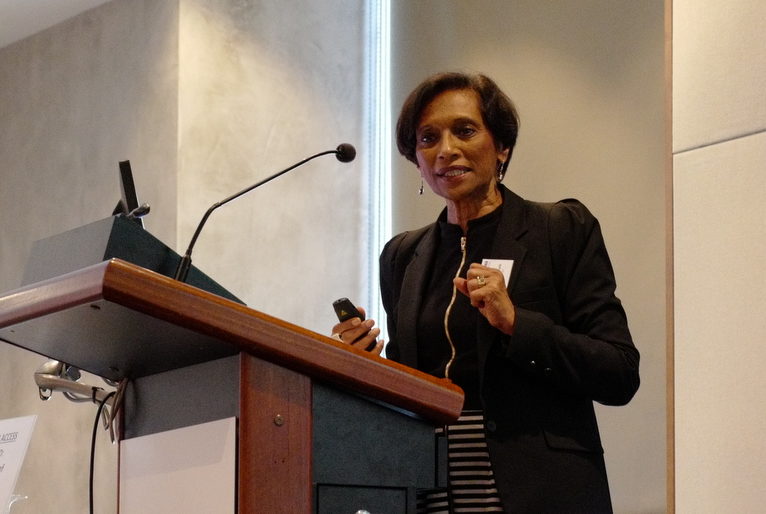 Professor Prem Ramburuth (UNSW), during an AAUN forum session on teamwork, innovation and communication on September 2, shared progress of her research into the empowerment of women in the workforce in Africa.

Catalytic funding from AAUN in 2018 enabled researchers from Australia, South Africa, Kenya, Nigeria and Uganda to gather significant data to stimulate discussion about women’s inclusion and exclusion in the workplace, and to inform the development of a gender awareness training module pilot for women in the workplace.

“Currently, our economies are losing trillions of dollars because we haven’t accessed that resource and built that resource [of women at work]. Capacity building in this area could lead to economic development as well,” she said.

Dr Ramburuth said initial analysis suggested the glass ceiling was still in place and that African women’s participation in work was often affected by culture.

During the data-gathering phase, one woman told her, “I am empowered. I’ve got a great job. I earn a lot. But the moment I step back into the community I don’t have legislation to protect me. I’m part of the culture. I’m expected to cook and do all the things the traditional role requires.”

Another said, “I’ve be working in this hospital for about 30 years. No woman has become chief medical officer. Why? We do not know? They do apply for the role but none has ever been successful.”

A male medico from South Africa explained to Dr Ramburuth how recruitment worked in this situation. Most of the panel were men, he said, and, if they found a woman who would be good and part of the team in the way they wanted, they would extend the opportunity. If they thought the woman would be too assertive, want to take over, or be harder to work with, they would create barriers to her employment.

A promising new project that aims to reduce cooking time and increase yields of the common bean – a staple in African households – was birthed by an AAUN-sponsored workshop in Mauritius in January 2018 that showcased new plant breeding methods for sustainability. 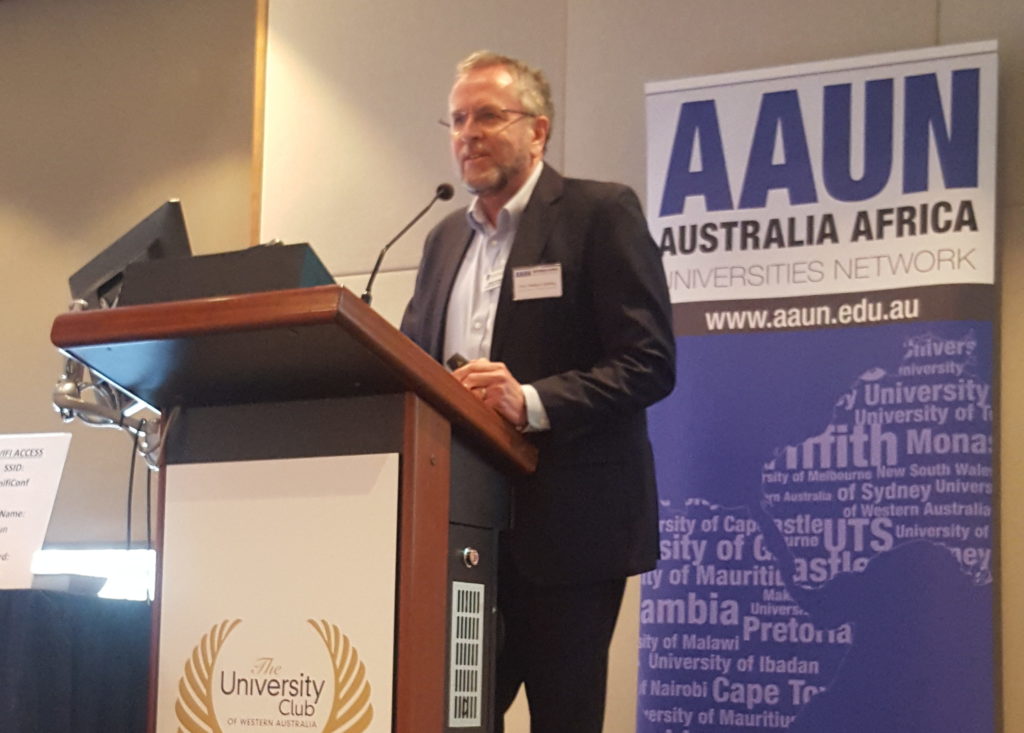 “It’s a daily source of protein, fibre, and really important in African diets – but how do you cook it? Well, it takes about two hours of boiling.”

Researchers began crossing short-cooking beans in January 2019 and after five years of annual breeding cycles they hope to have:

“Annual production is 6.2 million tonnes, and that’s quite big – but it can be bigger,” Dr Cowling said. “We’d like to double that through breeding better crops but it won’t happen by itself. You have to have trained people in Africa who are able to extend and get new varieties out to farmers.”

Dr Cowling said early results from African breeders had enabled his team to confidently apply new molecular technologies to breeding for improved cooking time, iron and zinc. In the next generation, a 6 per cent increase in grain yield and a 7.3 per cent reduction in cooking time was also predicted.

Thanks to AAUN’s support, Dr Cowling said, the future looked bright for the development of beans that would improve the health of African women and children and train African plant breeders to be world leaders in modern methods in plant breeding.

Being sage with salt 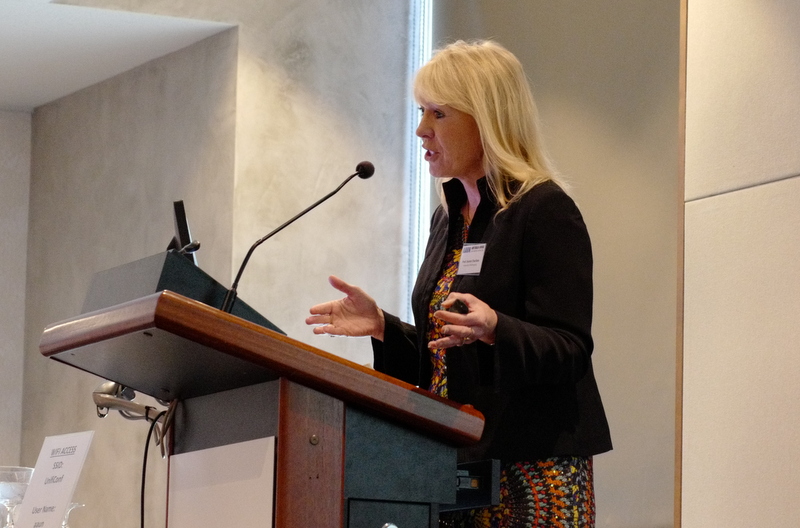 Professor Karen Charlton (University of Wollongong) gave an overview of the large-scale research she had been conducting into the effectiveness of strategies to reduce blood pressure in South Africa.

She also acknowledged the importance of an AAUN grant awarded to the project several years ago, which had led to more than $1 million received from philanthropic organisations to pursue the research.

Dietary risks were now the largest risk factor for premature death in the world, Dr Charlton said, and that was mostly related to the high association between diet and non-communicable diseases (NCDs).

The ballooning cost to the world from unhealthy diets included $7 trillion, which arose solely from the impact of diet on NCDs.

The reduction of salt intake by 30 per cent was one of nine voluntary global targets for 2025 set by the World Health Organisation (WHO) to reduce NCDs globally because reducing salt intake could reduce blood pressure on a population level.

Dr Charlton said WHO had produced guidelines to help countries introduce strategies to reduce salt in the diet, which included the surveillance of a population’s salt intake and harnessing industry to reformulate the amount of salt in processed foods.

South Africa was the first country to regulate salt levels across a comprehensive range of processed foods, which led to food producers having to reduce salt levels in their products by 2016.

“We leveraged data from WHO’s SAGE study so we could assess salt intake before the introduction of the policy and could go back three years later and assess it again to see if it had worked or not. We also had a control country in Ghana, which had no policy.”

Dr Charlton said the study showed no reduction in salt intake, which meant her team could tell the South African government that to meet its next targets for salt intake, which came into effect in June 2019, it would need to introduce stricter requirements – because the food industry did not like having to reduce salt.

“The findings also give us the opportunity to tell the South African government it needs a monitoring and surveillance framework, which it currently does not have.”