‘When it comes to innovation, we’ve got to learn from each other’

There is a clear and pressing urgency for Africa to build its scientific capacity, Dr Melody Mentz-Coetzee (UP) said in an AAUN forum session on teamwork, innovation and communication on September 2. 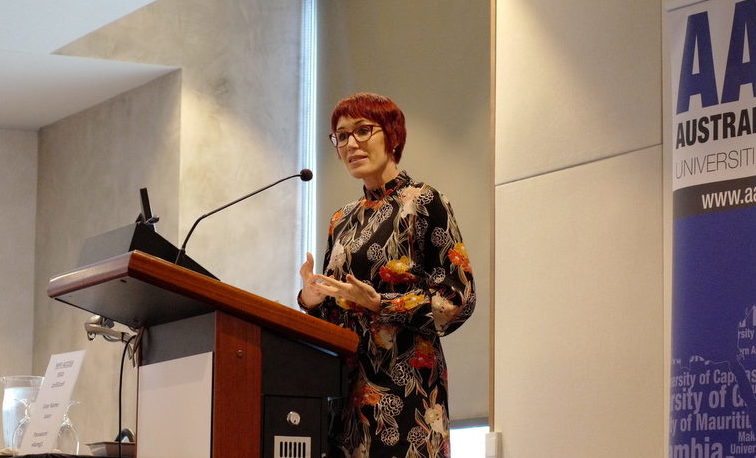 Dr Mentz-Coetzee also cited a recent report by the Association of Commonwealth Universities (ACU) that identified the significant role networks like AAUN played in initiating and carrying the momentum needed to build that capacity.

“But the problem is not just about creating more PhDs. It is keeping the PhDs in the African academic system. It is making sure that all of our investments that go into building capacity are not lost in the so-called leaky pipeline.”

Fostering a sense of belonging was crucial to retaining early career researchers, and peer mentorship programmes, campus associations and online support groups had demonstrated a degree of success in achieving this.

“We can also think about experience surveys and dashboards and integrated information systems that could really connect members in the academic community to each other, and help people with the channels they need to reach out to when they feel a lack of support.”

Dr Mentz-Coetzee said there was scope for the AAUN community to talk about how different members were already helping young academics integrate into the academic community, and about what more could be done to assist them.

“This is a real opportunity for us to invest holistically, and not only academically, in young intellectuals to help them create an exciting and sustainable future – a future that provides a good career for them, and also contributes positively to the scientific contribution from Africa to social and economic development.” 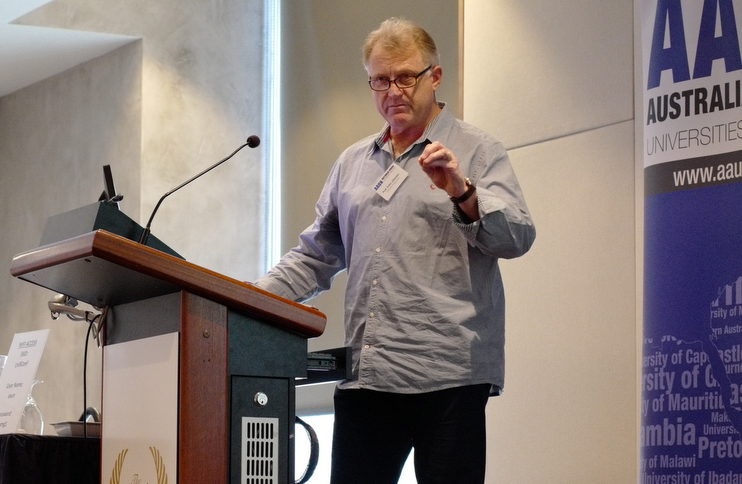 Dr Peter Johnston (University of Cape Town) said one-third of global food was wasted, 800 million people were undernourished, 2 billion were deficient in micronutrients, and obesity was on the rise.

Many African people were protein deficient, while most Westerners were not, he said. However, cutting meat production by 25 per cent would free about a million acres of high-quality land to produce more climate-resilient crops.

Although lentils had been vaunted as protein-rich superfoods, many people did not choose to eat lentils, he said.

Dr Johnston said AAUN’s Future Legumes Research Training Programme (FLoRET) was developing a cohort of knowledge around legumes in Africa and Australia to build up knowledge that could be applied to make a difference.

He also believed Australia could help Africa overcome its food security challenges through providing seeds and cultivars, exchanging techniques and ideas, assisting with research and fostering exchanges, and providing expertise relating to agriculture, climate and education.

“But it can’t just be a one-directional flow,” he said. “We’ve got to learn from each other. It’s about the network. We need to look at combined challenges. Nutrition, climate risks, change.

“Ask the academic questions, get the local knowledge. Find out from the miners whether they are prepared to consider the environment in a way that is going to increase food security, not just the ability to buy food but the ability to grow and make food.”